The architect and urban planner Rainer Nagel has been Chair of the Federal Foundation of Building Culture since 2013. Before this, he was head of the department for urban development and urban and landscape planning at the Berlin Senate Department for Urban Development, where he initiated the master plan for Europa­city. He has also gained extensive experience in the field of neighbourhood planning as the managing director of HafenCity Hamburg GmbH.

Most people think the term refers to aesthetics. But we mean building culture more broadly. It's an attitude, a process culture, as was set in motion in the case of Europacity. First, there was a forward-looking development plan, then a specific concept, and in the next stage, the realisation of the individual architecture concepts, and then finally, daily life in operation in the quarter. All of which must be organised in such a way for a new quarter to become a 'normal part of the city'.

Let's start at the beginning. Has the right course been set for this to happen here?

Well, the parameters were well set out. The quarter's mostly closed blocks create spaces that separate private from public, simplifying our sense of where we are, where we want to go. On the narrow strip of land, bounded on both sides, a clever arrangement of streets and building plots also created a depth that shaped the district so it can be also crossed from east to west. The concept also thrives on the quality of the public spaces, the thoroughfares, promenades and the green open spaces.

With a lot yet to be built, Europacity is still a promise to be kept. How will the quarter ultimately become a 'normal part in the city'? How will it attain an identity and character?

From my point of view, it's crucial that identity, character and milieu only emerge in action, when people are actually working and living in a place. However, this must be supported in a timely manner through neighbourhood management, through events, social places and structures such as associa­tions, like the kind I experienced while I was involved in the planning of HafenCity. If these structures are put in place at the beginning of the process, they will influence the evolution of the development, bit by bit, one stage after another.

Does locating businesses, especially on the ground floors, play a role in creating a vibrant quarter?

Services, for example, can be put here easily, also food and dining, and social, cultural and educational amenities. They create signals that there is life in the neighbourhood. A 15 euro rent for an artist's studio must be cross-subsidised by money earned from the upper floors. If ground floors just become expensive commercial spaces, the city has a harder time with its diversity overall. But as I said, right from the start, it is crucial to produce signs of life which promote positive expectations for future users.

Even though Europacity is not yet running at full steam, where can you find signs of ordinary life here?

In this first stage, the square in front of the KunstCampus has already become a lively place. The green area is well established, there are restaurants and cafes, and there is the promenade – it's an area where people like to spend time. If you promote images like this, explain that this is the direction we're going, then bring that together with our event management team and their plans, you then have the potential to generate an even more favourable atmosphere for the district. 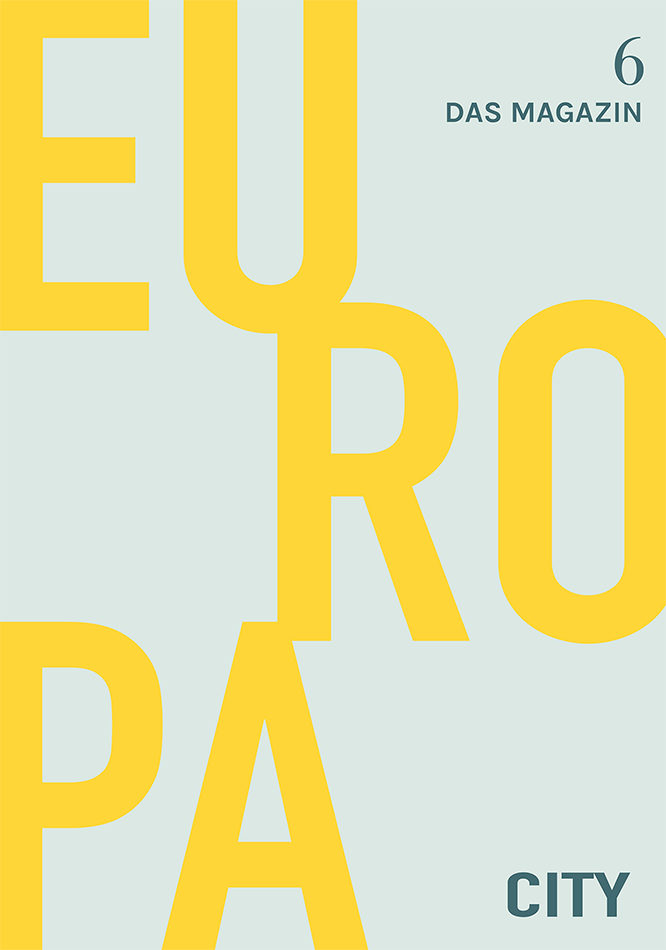 In its sixth edition, Europa Magazin not only reports on the first New Year’s reception in Europacity, it also provides information on new milestones in the progress of the district: with information on the latest topping-out ceremonies and laying the foundation stone and a tour of the completed Wasserstadt Mitte district. Continue reading

This could be interesting for you as well: